The Pumping Goddess is a straight up B.

on April 03, 2019
Before I rampage, I would like to point out some ground rules for reading this post and some base knowledge that you should have before diving in:

Maybe the basic qualifier should be that you had to watch the original Mighty Morphin Power Rangers growing up?  (Meaning you were old enough in 1993 to know that the pink ranger was the obvious choice to call when playing P. Rangers after school.  Duh.)

I think that's it for ground rules.

Let me dive right in and say that my BOOBS ARE SO SORE.  I wasn't sure what was happening, but I went through this last time where I felt like they are going to straight up explode at any point after 1-hour away from the pump.  For example, I had to stop in the diaper aisle at Target to massage the sides of my boobs while hoarding ALL the Up & Up training pants.  I straight up blocked all of the 2T-3T* boxes from all other shoppers.  This is how desperate I was to check to see if my boobs were still intact.

Turns out the Medela Freestyle that I was using did not have enough suction, so I was getting clogged ducts.  Here I thought I could get some hands-free benefits while being weighted down for 20-minutes at a time, but NOPE.  Back to the Spectra I go.  The equivalent of a curling stone.  No joke. 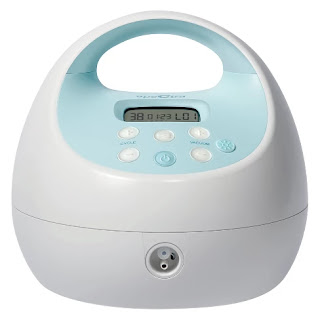 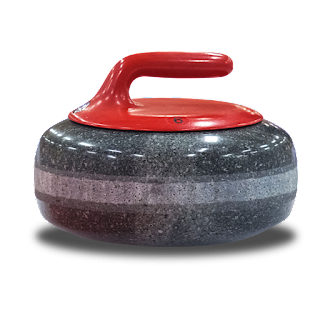 Regardless, my biggest beef with all of this is that it's a crapshoot.  You aren't guaranteed to be successful at producing breastmilk and I think that's BOGUS.  In most ways, it is incredibly [but on a much lower scale] similar to fertility.  Just because you have all the parts doesn't mean they are going to operate at optimal levels!

I did breastfeed my toddler.  She was a bilirubin baby, so bottles were immediately introduced with my pumped milk and I also put her to breast.  I did OK for the first 5-6 weeks, but then Elsie became what is known as a "snacker."  Night feeds turned in to 60-90 minute sessions, so I began pumping to feed her.  Then the pumping goddess had no mercy on me and I started to stress over milk production/supply.  This all went down as I came off of maternity leave.  Going back to school combined with coaching track and field wasn't helpful in the anxiety game since pumping sessions took place in my classroom, in my car, etc.  Ultimately, Erich was the one that recommended I consider quitting after having me [literally] cry to him multiple times.

This time around, my pump is more demanding than my children...which is why I refer to it as my 6th baby.  I'm trying to have a carefree attitude about the whole "situation" in hopes that it assists in the production department since stress can have a negative effect...

...but it's not exactly working.

I started with general websites for pointers and reassurance, like this rabbit hold of a link.

I'm trying to drink ALL THE WATER IN THE WORLD and eat all the foods.  However, I've subbed in the oatmeal-filled monster cookies in the hospital cafeteria for lactation balls...but when we are done with the NICU, I have a definite easy go-to recipe!**

Then, escalated to a book, which actually isn't too bad so far! [Click the picture for the details.]  No, I'm not planning on going back to work this school year...but I might as well be with all that will be going down once the babes come home!

Last, I'm now in the works of upping my equipment game.  Meet this beauty coming on Friday!

They claim it's the equivalent of the hospital's Medela Symphony, so I'm game to try it!

Is all of this going to work?  Who the heck knows.  All I know is that when push comes to shove, this is going to be the first thing to go.  Not because I don't value the process of creating food for my littles and saving money on formula -- don't act like you didn't know this was a factor! -- but because I need to have control of at least a few things in the future.  If pumping is causing me any sort of stress or anxiety, then it's got to go!  That would be gaining me back at least 2 hours and 40 minutes*** of my life each day, which I'm going to view as "mommy's hands-off time" as a silver lining for now!

If you made it through all of this but disagreed with every bit of it along the way -- KUDOS!  I have found value in reading opposing viewpoints, so hopefully, you found it worthwhile.  I do not agree with most North Dakotans' political viewpoints, but here I am taking in all the diversity has to offer.  At the very least, I hope hearing the "other side" gives validation to your stance.  In the end, I loathe pumping, but here I will be for as long as I can handle it! 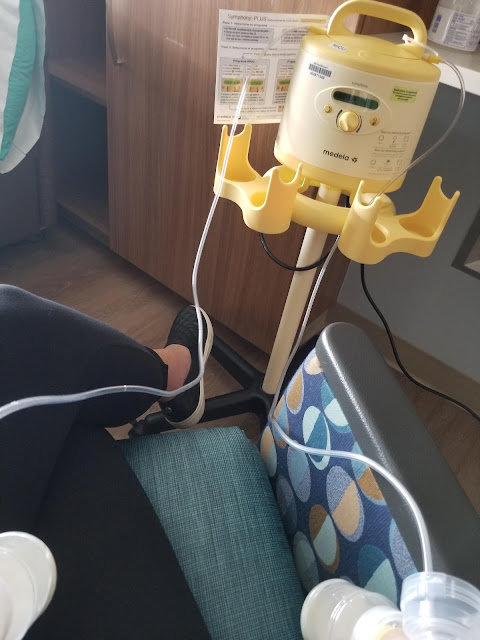 *In unrelated news, I have to go back to trade in the size I bought for the next one.  Our toddler is a monster who has peed through her diaper the past 5-nights consecutively.

***8 sessions of pumping at 20-minutes minimum a piece