This ultrasound was a little more unique in that there was a news crew around, so you know Quad C -- "The Model" -- was all about it.  If anyone is local, we will be on WDAY during the 10:00 pm news.  Here is the teaser, via Facebook, if you're interested and I will try to post the link to the full segment once it airs.


Side note: If you're wondering why it has 25K views, I totally show skin within the first 10-seconds.

Here are some updated photos and videos on the ultrasound-front.  Nothing too exciting, which let's be honest, is FANTASTIC news at this point!  We also found out that the doc is hoping that we will make it to around 34 weeks!  34 WEEKS!!  That's outrageous in my mind from what I had previously researched, but at the same time, THAT'S 6 WEEKS AWAY.

I'm just going to leave it at that.

Because it makes me want to throw up everywhere.

And frantically deep clean every surface of our house, car, garage, and my husband...

Anywho!  Here are the babes:

Quad A was perfect and wonderful, as always...but doesn't lead to anything entertaining, unfortunately!
Quad A weighed in at 2 lbs. 4 oz. 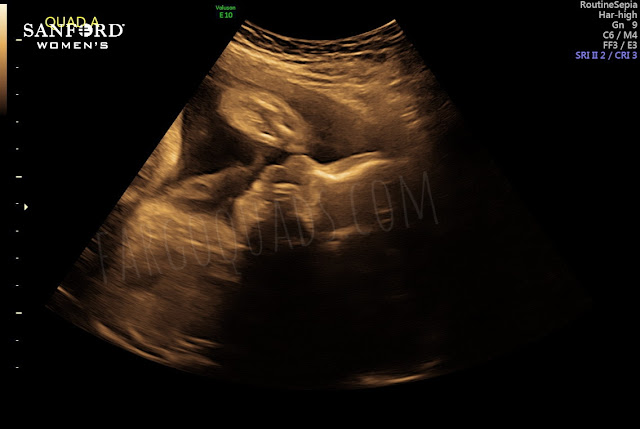 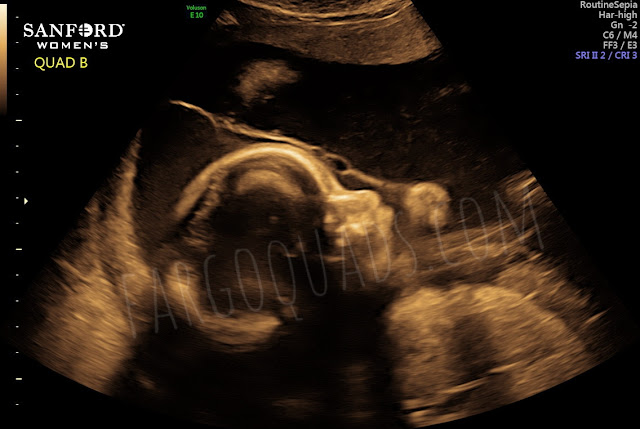 Quad B has been part of the trio that is making my ribs feel like they might be undergoing something similar to the Grinch's growing heart.

I'm so thankful that the babes are growing perfectly, but can they at least care for their living space a little more graciously?

Like I said, Quad C was all about the media presence and was the only one to offer a 3D opportunity that didn't look like leftover mashed potatoes mixed with fettucini alfredo.
Quad C weighed in at 2 lbs. 5 oz.

The show didn't end there.  It made sure to do some acrobatics: 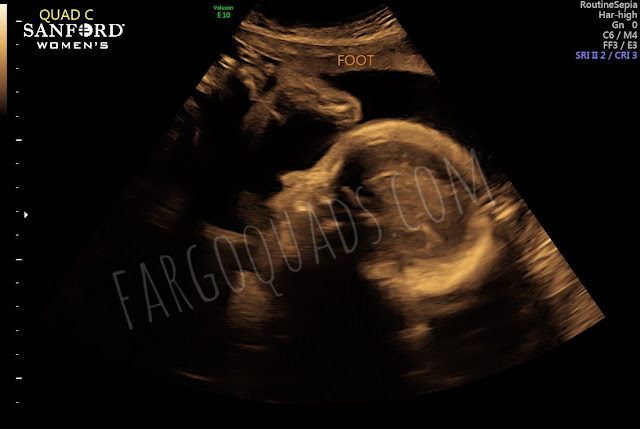 Nothing new with Quad D either!  Still folded up and looking cute, but is part of the trio at my ribs.
Quad D is also the smallest weighing in at 1 lbs. 15 oz. 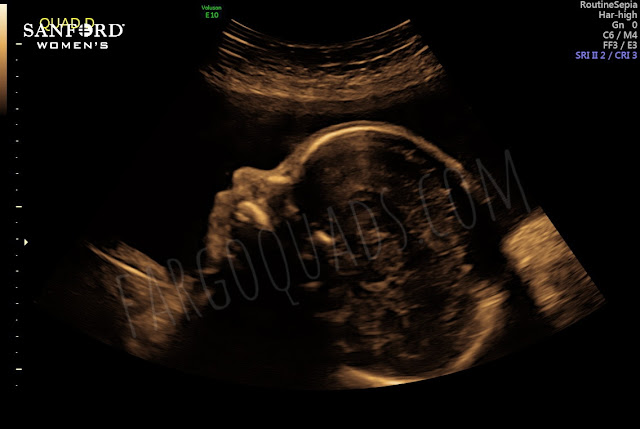 We go in again at the end of this week, so I'll attempt to be more timely with posting the updates! 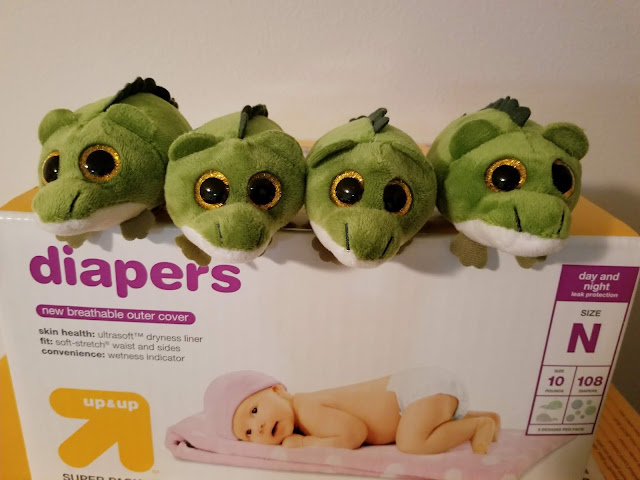 In other news, we had another amazing local group throw us a baby shower!  Erich is the head coach of the FM Gators swim team and they were so incredibly generous with throwing us a get-together!  I had previously been an assistant coach on the team for 10+ years, and just like any swimming community, the families were inviting, caring, and genuine in celebrating with us.

Last, I do have to make sure to also include that I never quite understood why people have been telling me that I "look good for being pregnant with 4," but Erich took me out after the shower and the WAITRESS TOLD ME ALL THE WINE SPECIALS WITH FULL EYE CONTACT.

I'm not going to throw shade to any other photographers...but mine is DA BOMB DIGGITY.  Seriously, she continues to rock my world with her amazingness and I want to basically do this every time she comes near, sends me photos, gives me goods, or basically gives me any attention... No joke. She has spoiled my babes endlessly with her talents and with so many gifts, including the octopi from a few days ago... ...among some other goodies that you will see soon! She totally gets me and my non-caring attitude towards everything photographic -- meaning she totally gives me orders and tells me what to do -- it's a win, win.  Plus, once you find out someone else is addicted to Gilmore Girls, too, you're basically together for life, right? ALL HAIL TAYLOR of  Taylor Jane Photography !   You guys.  She literally dressed her daughter up, brought a mini cart, and did a photo shoot at Target.  So, when she said that quadruplets were on her bucket list -- I was AL